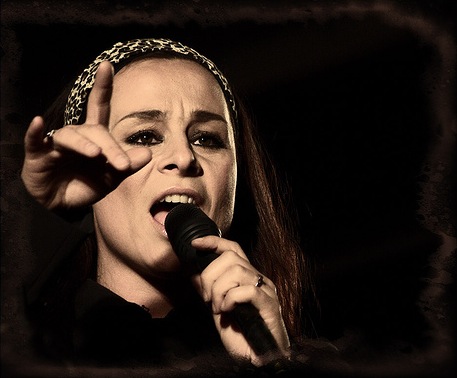 Trijntje Oosterhuis, Amsterdam, 1973, has been the Netherlands’ most popular singer for many years. She and her brother Tjeerd founded the pop group Total Touch in their youth. Later Trijntje became a successful solo artist. Al Jarreau and Queen were among her many performances. Trijntje made her breakthrough at the Amsterdam ArenA. She performed “De Zee”, a song written by John Ewbank, while everyone else watched. Total Touch followed this with two highly successful albums. The first album, which sold nearly half a million copies in the Netherlands, was their best-selling Dutch debut album. Total Touch’s greatest hits include ‘Touch Me There” and ‘Somebody Else’s Lover’. Trijntje released her solo debut in 2002. She was often a guest singer with well-known jazz musicians or orchestras during this time. Toots Thielemans and New Cool Collective were her musical partners. This group was the one that she collaborated on the album “Strange Fruit”, which was released by the Blue Note jazz label. This album went double platinum, which was a rare feat for jazz CDs. The tour was recorded on the DVD “A Thousand Days”, which is also available as a recording. Her next album, “See You As I Do”, was recorded in her own home studio. It featured contributions from Toots Thielemans, Candy Dulfer and others. In 2006, she was part of the Blue Note project, ‘Burt Bacharach Songbook.’ This included hits like ‘Walk On By’ as well as ‘That’s what Friends Are For’. Trijntje collaborated in LA with Burt Bacharach on this project. He was determined to record the forgotten song ‘Waiting For Charlie’ (To Come Home),’ for which he also wrote a new piano intro. He also joined her on “This House Is Empty Now”, which he had previously recorded with Elvis Costello. The album was also certified double platinum. She released her CD, “The Look Of Love”, in 2006 with the accompaniment of the Metropole Orchestra. Her good friend Leonardo Amuedo, guitarist, was with her on her 2007 acoustic theater tour. Trijntje was able to record a second album half way through the tour with Burt Bacharach. They recorded 15 songs. One of their new tracks, ‘Who’ll talk for love’, was also the album’s title. Bacharach co-wrote the song with Tim Rice. Rice is a world-famous composer who was famous for his work on musicals like Aida, Jesus Christ Superstar, and The Lion King. Trijntje can now join the list of artists who were privileged to receive a song by the master. “Who’ll talk for love” quickly rose to the top 10 most-sold albums, and was also certified platinum. Trijntje was stunned by Michael Jackson’s death in 2009, after a DVD recording of the theatre tour and performances all over the world. She recorded Jackson songs in her backyard, with Leonardo Amuedo as her producer. This was purely for the love and enjoyment of the music. Trijntje released the songs without a producer and on a low budget at the insistence of Candy Dulfer, a good friend. In less than a month, the album “Never Can Say Goodbye” went gold. A small club tour was organized to showcase Trijntje’s hits, including ‘I Just Can’t Stop Loving You’ and ‘Gone Too Soon’. from http://www.trijntje.nl