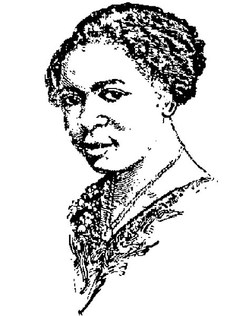 Trixie Smith (1895-1943) was an African-American singer, record artist, vaudeville entertainer and actress. Fourteen recordings were made by Smith. Smith was born in Atlanta, Georgia and raised there. After attending Selma University, Alabama, Smith moved to New York in 1915. Smith was a minstrel performer and worked on the TOBA vaudeville tour before she made her first recording for the Black Swan label, in 1922. J. Berni Barbour wrote “My Man Rocks Me” (1922), which is a historic recording that references the term “rock and roll”. Many lyrical variations were inspired by her record, including “Rock That Thing”, by Lil Johnson, and “Rock Me Mama”, by Ikey Robinson. In 1922, Trixie won first place and a Silver Cup in a blues singing contest held at the Inter-Manhattan Casino, New York. Sponsored by Irene Castle, Trixie’s song “Trixie’s Blues” was performed against Alice Carter, Daisy Martin, and Lucille Shegamin. Her most notable songs include “Railroad Blues”, (1925), which featured one of Smith’s most inspiring vocal performances, and “The World Is Jazz Crazy u0026 So Am I” (1925). Both songs feature Louis Armstrong playing the cornet. She was a polished performer and her records include many outstanding examples of blues, on which she is accompanied with artists like James P. Johnson and Freddie Keppard. In 1924-25, she recorded with Fletcher Henderson’s Orchestra for Paramount Records. Her career as a blues-singer waned and she began to perform in cabaret shows and in musical revues at the Lincoln Theatre in Harlem, such as Next Door Neighbors (1928), and New York Revue (1928). Smith was also a part of Mae West’s 1931 Broadway production, The Constant Sinner. Smith was promoted to the Theatre Guild’s stage for the production of Louisiana two years later. She was in four films: God’s Step Children (1938), Swing! (1938), Drums O’ Voodoo (1934), The Black King (1932). Oscar Micheaux directed two of these films. In 1938, she appeared at John H. Hammond’s “From Spirituals to Swing” concert. She recorded seven songs between 1938-1939. Her later recordings were made with Sidney Bechet, Decca’s 1938 recording engineer. She recorded “No Good Man” in 1939 with Red Allen and Barney Bigard. Trixie Smith, 48, died in New York after a brief illness in 1943.