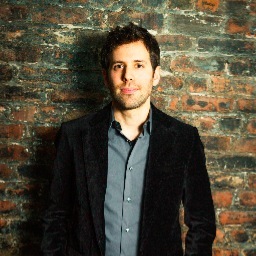 Uri Gurvich, an alto saxophonist who is also a jazz composer, was born and raised in Israel. He first started playing the saxophone when he was 10. After studying at the Rimon School, Israel, he was a member of Tel Aviv Jazz Orchestra. He then moved to Boston in 2003 to study at Berklee College of Music. Joe Lovano as well as Herb Pomeroy were his teachers. Gurvich graduated from Berklee in honors and moved to Brooklyn. He began playing regularly in various New York City ensembles and became an active participant on the international jazz festival circuit. Gurvich’s folk-jazz has been heard all over the U.S., Europe and Japan. And elsewhere. John Zorn’s Tzadik Records released his debut album, The Storyteller, in 2009. It featured Francisco Mela on drums and Leo Genovese and Peter Slavov playing bass. Chris Cheek was guest on the tenor sax. Allmu