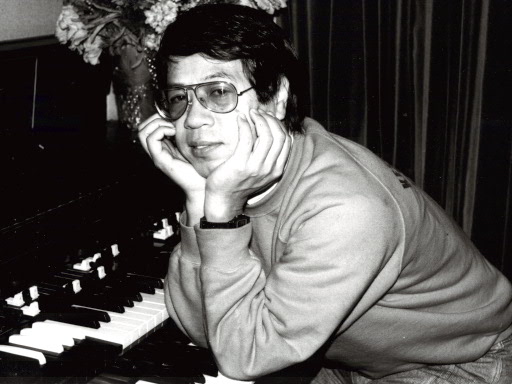 In 1934, I was born in Aoyama Tokio. Takashi Sakai was my father. He was an army lieutenant-general in World War 2. He was the first to be occupied in Hong Kong. He was commander. After the war, my father was sentenced to death in China. I was 11 years old at the time and couldn’t have imagined how I would make it in Jazz. My music teacher in junior high school Gakushuin was Mr.Kouhei Koide. He had liberal views and loved all types of music. Mr.Koide helped me move towards jazz. At my junior high school graduation, I started playing in a jazz trio. When I was in Gakushuin junior secondary school, second grade, I began to mix with professionals at dance halls as well as at the U.S. Army camp, where I played the piano. Lucky me, since I entered Gakushuin elementary school back in 1940, I passed the education system and was eventually admitted to University. Lucky jazz player, I have never had to sit for a school entrance exam. I’m also happy that I never had to take any work entrance exams. Although my friends envy me not being able to retire at a certain age, I have no other skills. I just go with the flow, and I play the piano every day. While at university, I played piano in “The Rhythm candle” and “Cool Notes”. After graduating from university, I joined “EdieIwata and Pork chops”, and then “Toshio Kosaka u0026 Emanonies”. After graduation, I moved to another city and joined George Kawaguchi’s Big Four One. They had Sadao Watanabe on the saxophone and Masayuki Takaanagi on the guitar at that time. Later, I joined “Jun Sugihara” and “East sounds” during the Funky Jazz period. In 1965, I was part of a piano trio at the U.S. Army camp in Tachikawa. My first encounter with the Hammond organ B-3 and a Leslie speaker was my first step in becoming an organist. The Civilian Club is for army officers equivalents. Its members are of high class. Many people believe that if they can play the piano, they can also play the Hammond organ. This is false. In fact, very few people can switch between the two. The organ and piano are quite different to me. The piano functions more as a percussion instrument. After about a year, I switched from the piano to the organ and practiced until I was confident enough to do so. This is the organ trio: the guitar, the drums and the organ. These two trios are similar to the piano’s: it has piano, bass, and drums. The organ trio lacks a bass so the organ must play the bass lines, making it more difficult. This is what made it even more difficult for me to switch to the organ trio. The “Civilian” had an organ, but I had to bring mine. I was using a Porter – B, which is a compact – size organ but very heavy. It was difficult to transport the organ by myself. Hidehiko Maatsumoto, a famous Sax player, discovered me later. Next, I was a guest on “Honey Sound” – a live TBS program that featured Kazuo Yashiro. Then, I joined Jimmy Smith at Ginza’s “Junk” club. Jimmy is a master of his technique and it was a pleasure to have him with me. I played almost every Live house, sometimes with a horn section. I was also teaching jazz theory and the organ at the time. My Jazz roots are in be-bop, and my favorite jazz style is Earthy Jazz. Bud Powell is my main influence, but I strive for simplicity. Charlie Parker, Duke Ellington and Horace Silver are my favorite musicians. Erik Satie and Claude Debussy are my favourite composers. from www.k4.dion.ne.jp/~uts0003/u-sakai/eindex.html