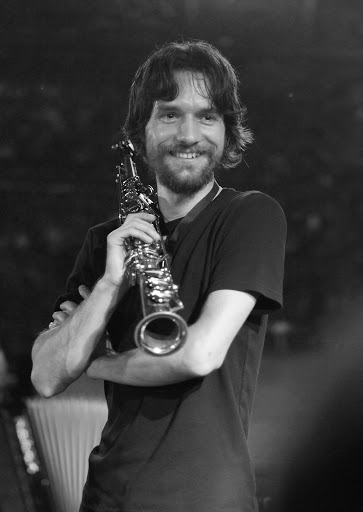 Vasko Atanasovski, a flutist and saxophonist from Slovenia, is a versatile composer and musician. He is well-known for his cross-genre collaborations, with musicians of world fame, including jazz, rock, classical and traditional, and his unique approach to all types of music. He has released 13 albums that have been highly acclaimed and received numerous compliments from critics and audiences for his compositions and performances at home and abroad. He has performed in New York, China, Latin America, India and China as well as on European festivals and concert circuits. His original compositions also found their way into theatre, dance, and puppet shows, as well as the repertoires of distinguished soloists, orchestras and ensembles. – Katarina Juvancic from www.vaskoatanasovski.com