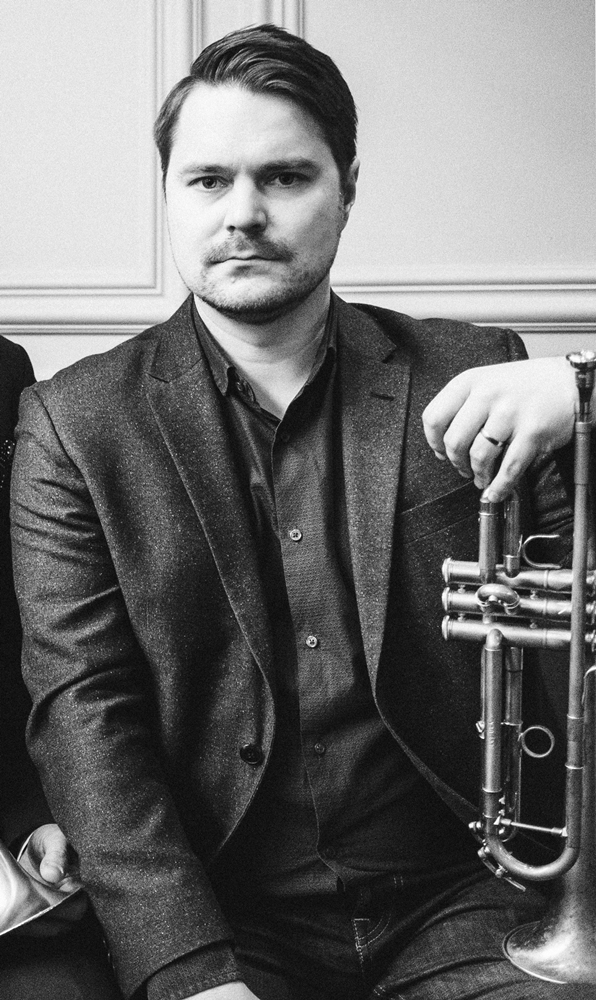 Verneri Pohjola is a Finnish jazz musician with a strong reputation. However, music is also in his blood as his father, Pekka Pohjola was a prog rock bass player who was born in the 1970s. Phojola was born in Helsinki and grew up listening to soundtracks from movies and playing rock “a little bit” in his youth. He then settled on the trumpet in a school orchestra. Jazz was his first love after being introduced by his brother. To keep from boredom, he still plays piano and drums. Quintessence is his main outlet. He is also active in the Don Johnson Big Band’s Silvio, Quintessence and the Ilmielikki Quartet. In 2002, the last of these groups merged and released March of the Alpha Males. It received an Emma nomination — the Finnish Grammy — for Best Jazz Album 2003. In 2003, Pohjola was named Pori Jazz Festival Young Artist. He also won Musician of the year and Best Trumpet player in a poll of Finnish Jazz Critics. Take It With me is the second album by the band. Pohjola, who is also a member of Silvio, has been featured on Amass all You Can and the EP Silvio. Quintessence, however, has released Talk Less, Learn More, and AM. He’s also released Agatha, Michelin Star, and Aurora under his own name. Bio by Chris Nickson, All Music Guide