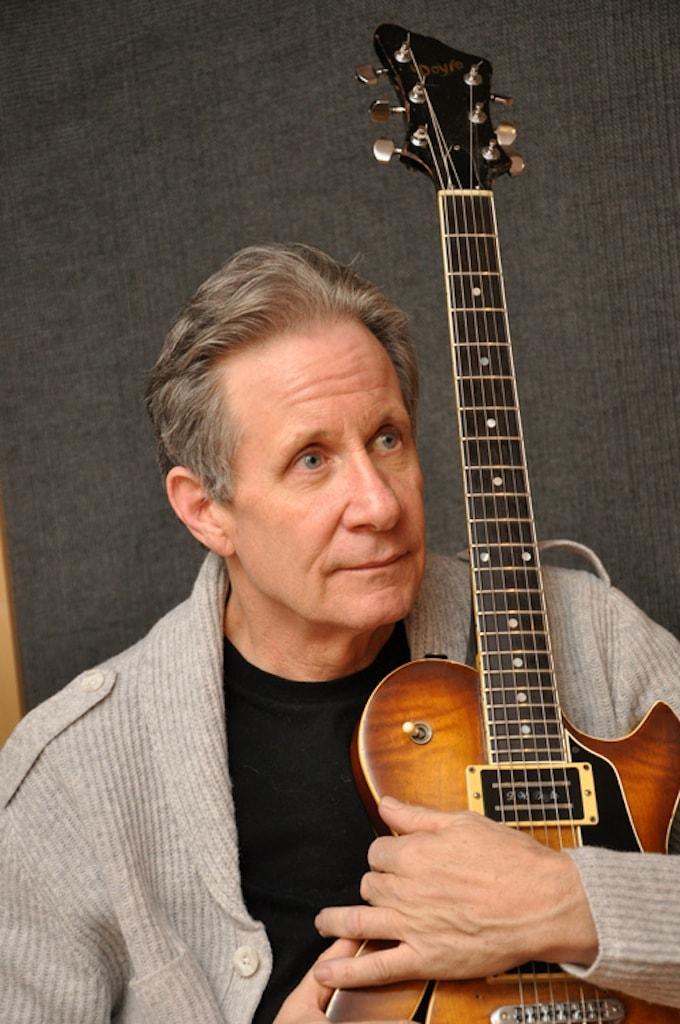 Victor Edward Jurusz Jr. (September 26, 1953 – December 31, 2019, professionally known as Vic Juris) was an American jazz guitarist. Juris was born in Jersey City in New Jersey. He moved to Parsippany with his family early in his life. He began playing guitar at age 10 in 1963. He began studying guitar at the house of Ed Berg, his teacher. At 11 he became interested in jazz by listening to Berg’s recordings of Django Reinhardt and other guitarists, such as Jim Hall, Barney Kessel and Jimmy Raney. Juris mentions Rubber Soul by The Beatles and The Dynamic Duo of Wes Montgomery, Jimmy Smith, Larry Coryell and Are You Experienced, Jimi Hendrix, as examples of albums that had an impact on his childhood. He was a teenager who loved rock music from the 1960s. He met Eric Kloss, a blind saxophonist, when he was 19 years old. They became good friends. His first recording was made on Kloss’s 1975 album Bodies’ Warmth (Muse), 1975. He also met Pat Martino, guitarist who became his friend and mentor. Juris recorded with Richie Cole from 1976 to 1978 and released Road Song, his first album as a leader in 1979. He began to play acoustic guitar with Larry Coryell, Bireli Lagrene and Gary Peacock in the 1980s. He has been a long-time member of David Liebman’s saxophone group since 1991. He was a sideman for Lee Konitz (1992), Peggy Stern (1993), Benny Waters (93), Jeanie Brryson (1993-94), Gary Peacock (1994), Steve LaSpina (1995), Judi Silvano (1996), Ken Serio (1996 and 2007), and Joe Locke (1998). Juris was a teacher at The New School for Jazz and Contemporary Music, Lehigh University and Rutgers University. He also wrote instructional books for guitar. From Wikipedia