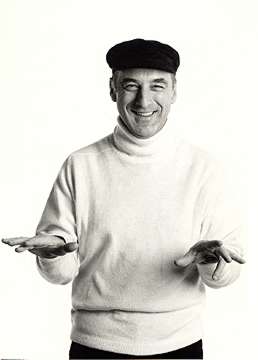 Victor Stanley Feldman was born April 7, 1934 in Edgware (Middlesex) and died May 12, 1987 in Los Angeles, California. He is best known for his work as a pianist. When he was 7 years old, he became a musical star and was called “discovered”. His family was all musicians and his father, Feldman Swing Club founder in London in 1942 to show his sons’ talents. He made his first professional appearance playing drums at No 1 Rhythm Club with his brothers Robert and Monty, on clarinet, and on the Feldman Trio on piano accordion. He was featured in King Arthur Was a Gentleman (1942), and Theatre Royal (1943). He was known as “Kid Krupa”, a reference to Gene Krupa, at Glenn Miller’s AAAF concert in 1944. Feldman was encouraged by Carlo Krahmer, his drums teacher, to play the vibraphone. He did this first with the Ralph Sharon Sextet then later in the Roy Fox Band. In 1952 and 1953, he worked in India with a group led by Eddie Carroll. Although his vibraphone and conga drum playing are notable, it was as a pianist that Feldman became most well-known. Feldman was a member of Ronnie Scott’s quintet and orchestra from 1954 to 1955 before he left the U.K. to go to the U.S. to become a musician. Scott recommended Feldman immigrate to America in 1957. His first steady job was with the Woody Herman Herd. He then joined Buddy DeFranco. He recorded with many jazz musicians, including George Shearing and Cannonball Adderley. His most notable work was on Davis’ 1963 album Seven Steps to Heaven. The title track is his composition. The 5-CD Shelly ManneBlack Hawk set, which was originally released on LP in September 1959, shows Feldman’s distinctive driving “comping” behind soloists. It helps to define the session and its value as a hard bop genre element. Feldman moved to Los Angeles in 1957 and specialized in session work for the US recording and film industry. Feldman also worked with other musicians, including Steely Dan in 1970s, Frank Zappa 1967, and Tom Waits in 1980s. Feldman, 53, died in his home after suffering an asthma attack. From Wikipedia