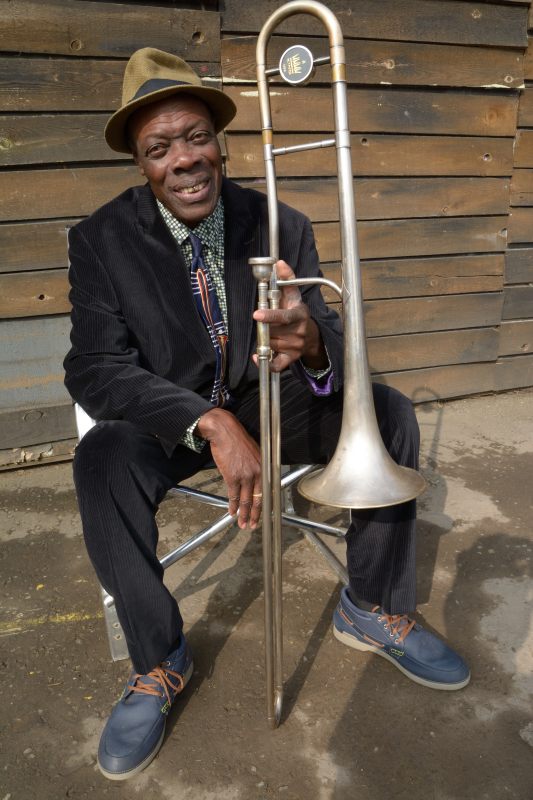 Vin Gordon, a.k.a. Trommie, Don D. Junior, or Don Drummond Jr. is a Jamaican trombone player. Gordon was one of eight children who grew up in Jones Town. He attended Kingston’s Catholic Alpha Boys School where he learned trombone and string basses. In 1964, he began his professional career with The Skatalites. He was the main trombonist at Studio One, and he recorded for every major producer of Jamaican music in ska and rocksteady. Gordon met Lee Perry at Studio One and played with many reggae musicians during the rock steady era. He was a member of The Heptones’, Bob Andy, Keith Hudson, and Bibi Seaton’s trombone section. He was Bob Marley’s trombonist from 1965 to 1978 and appeared on albums like Kaya and Exodus. Lee Perry produced a single album in 1973 called “Musical Bones”. It was initially released by Dip in the UK with blank labels and 300 copies. His arrival in England in the 1980s had a major impact on a majority of British-born reggae bands like Aswad, with songs like “Warrior Charge” or “Dub Fire”. He returned to Jamaica in 1997 and worked on several recordings. From Wikipedia