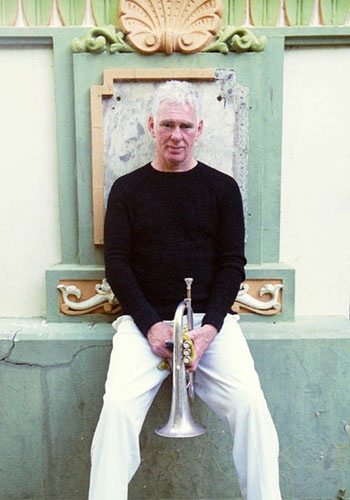 Vincent Hugh Jones was born 24 March 1954 in Paisley, Scotland. Jones’ family immigrated to Australia in 1955 and settled in Wolloongongong, New South Wales. He was the son of a musician and began playing trumpet in local bands at an early age. He was a huge fan of cool jazz and was particularly influenced by Miles Davis and Chet Baker. Jones started singing and playing in the New South Wales jazz club circuit in 1974. His debut album, Watch What Happens was recorded in 1982. It featured both standards and original material. After the success of his debut, Watch What Happens, Jones formed a sextet and went on extensive tours. Jones was a well-known festival and cabaret performer. In 1990, Jones was offered an acting part in ABC’s period series, Come In Spinner. With Jones and Grace Knight, the album’s soundtrack of standards became an iconic album in Australia’s recording industry. It was the most successful Australian jazz album, selling more than 200, 000 copies. Jones turned down the celebrity and commercial opportunities and preferred to focus on his musicality. He released new albums every year. His repertoire became less standardized and his originals, either written by him or members of his band, became more prominent. He toured Europe in 1992 with his sextet, which included Lloyd Swanton, Barney McAll and Andrew Gander. He performed at Montreux International Jazz Festival, England, Germany, and The Netherlands. Jones was a great concert and cabaret performer. His sensitive, almost torturous persona complimented his melancholic music which became more introspective. The Jones band went on a successful tour of Europe after the release Trustworthy Little Sweethearts. Jones returned to Australia in the summer of 2000 and went back to his farm in rural Victoria to write new material. Future Girl contained original material that Jones had written, much of which was inspired by his passion for conservation and the environment. Jones retains complete control over all aspects of his recordings, and performs only when he feels like it. However, his fierce independence and devotion to his art have resulted in an important and original body of work. He had become a better singer and occasionally used the trumpet in the late 1990s. His singing is unique and expressive, with sensitive phrasing that reflects his sincerity. from http://vincejones.com.au