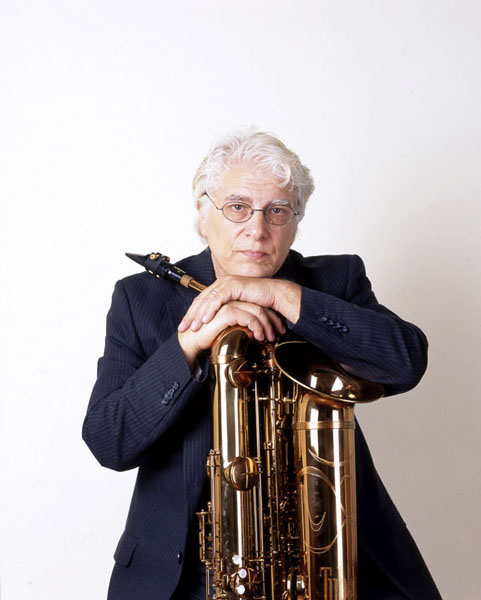 Vinny Golia is a composer who combines the rich heritage of Jazz and contemporary classical music to create his unique compositions. Golia is also a bandleader and has performed his music in concert in Europe, Canada and Mexico. He has done so in groups ranging in size and instrumentation. As a composer, Mr. Golia has received numerous awards, including grants from The National Endowment of the Arts and The Lila Wallace Commissioning Program. Meet the Composer. Clausen Foundation of the Arts. Funds for U.S Artists. The American Composers Forum. He created the 50-piece Vinny Golia Large Ensemble in 1982 to perform his compositions for jazz and chamber orchestras. Vinny is a multi-woodwind performer and his recordings have been repeatedly selected by music journal readers and critics for their “ten best” lists. He was awarded the Jazz Times TDWR Award for Bass Saxophone in 1990. He was ranked 1st among Cadence Magazine Writers in 1998.