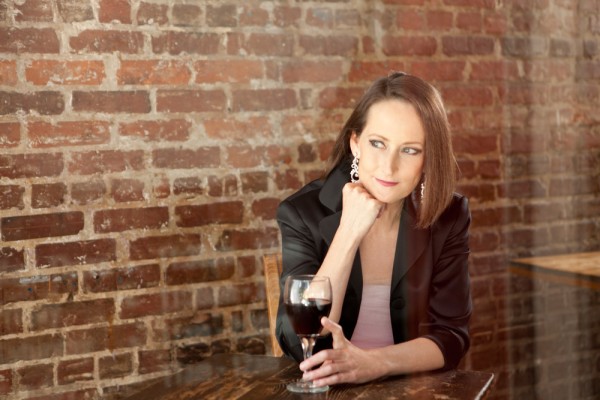 Ask V-A about the differences between her debut album and her jazz CD VA (2012). She immediately replies that it represents a deeper, richer side of herself. She says, “All that I want is to get closer to my essence.” “I believe that if I can share that aspect of me, there must also be others who will resonate with that.” The debut album by the Atlanta-based singer resonated with listeners around the globe. Interior Notions is V-A’s latest project. It’s complex and nuanced, and it goes deep into V-A. You can hear a lot of the straight-ahead sound which got VA heard on jazz stations across America, including Chicago, France and Australia. These arrangements have primal imprints, and V-A’s record is marked by her free improvisation singing from Bobby McFerrin and Rhiannon. She says, “I have been conscious of looking for ways to include the free improvisation work in my music; this adds freshness and value to the standards.” “I wanted something simple, but forward.” Her rendition of “Nature Boy”, a jazz standard that has been covered by Sinatra, Miles, Tony Bennett, Lady Gaga and Tony Bennett is a prime example. V-A takes the Nate King Cole classic to new places. Her full-free improv treatment is 15 minutes long and longer than Coltrane’s. V-A sings the song’s opening with his free-style vocal sounds, accompanied mostly by Marlon Patton, drummer. Kevin Spears adds his voice to the kalimba and suddenly the song veers into wordless improv. The familiar melody of “Nature Boy” is heard. V-A refers to that arrangement as having a little bit of the shaman. She laughs and says, “Most musicians are shamans.” A beautiful arrangement that combines Joni Mitchell’s “Blue”, with the Julie London classic, “The Meaning of the Blues,” is also featured. It features Kevin Bales as the late-night mood. Spears plays the Kaossilator (an electronic instrument similar to a pocket synthesizer) solo. The project also pays tribute to one of V-A’s heroes, Abbey Lincoln, with a lovely version of “Throw It Away.” V-A (born Virginia Schenck) grew up in Florida and became an internationally-known music therapist. Jaimoe, the drummer of the Allman Brothers Band, was one of her first public performances. The experience sparked a friendship between the two of them. They spent hours together at Jaimoe’s house listening to jazz legends like Nancy Wilson, Dinah Washington, and Nina Simone. V-A moved to Atlanta and became an active participant in the local jazz scene. She eventually formed her own band: Kevin Bales on piano and Marlon Patton drums. Rodney Jordan plays bass and Kevin Spears is often seated at the kalimba or Kaossilator. Her debut CD was a huge success and received a lot of attention from jazz fans. V-A was not only a singer, but she also created vocal soundscapes to accompany The Gift, a play that was staged at The ACT Theatre in Seattle, and the Drama League in New York. Every performance featured free-improvised music. Singing Darwin, a 24-hour celebration of multi-art at Virginia Tech, was co-created by V-A and aerial dancers from the Robert Mondavi Center/UC-Davis. V-A has been influenced by circle singing in recent years. This ancient tribal technique is based on rhythm and repetition, with a spontaneously improvised choir style that Bobby McFerrin made modern. V-A’s Jazz aesthetics at Interior Notions are influenced by this primal urge, as evident on “Say Ladeo”, the track’s lead track. “With this project I kept wanting to get to the elementals in me–to sing my essence, the bones, my existence,” V-A says. “Somehow, the universe keeps saying ‘yes,’ so I will too.” from http://virginiaschenck.com