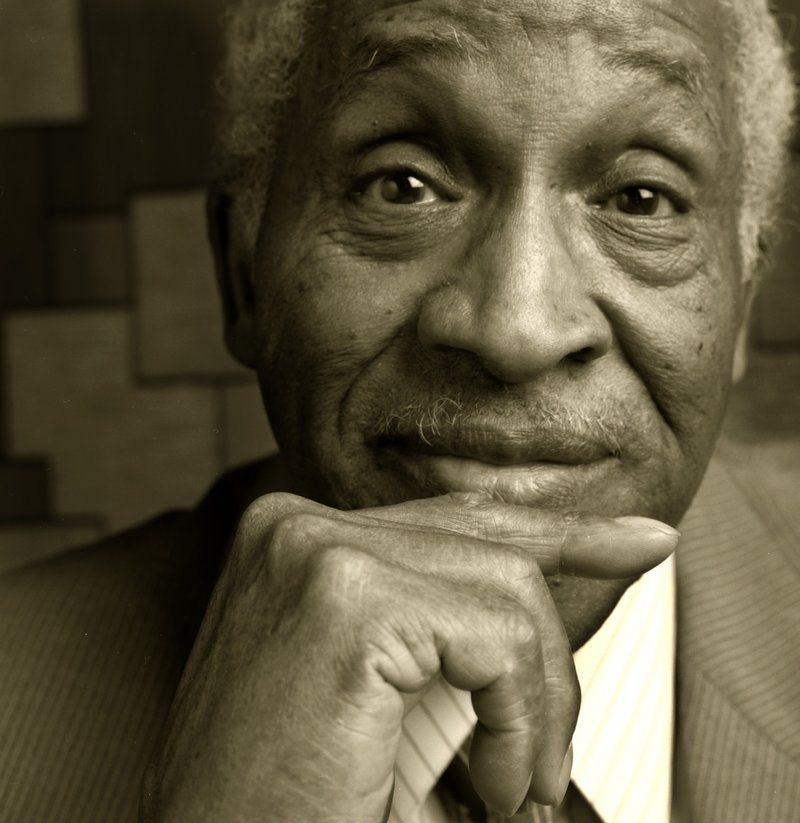 Saxophonist. 2012 NEA Jazz Master. Chicago, Illinois. Date of birth Oct 3, 1923. Date of death Aug 11, 2012. Although not well-known outside Chicago, Earle Lavon “Von”, Freeman, Sr. is considered a founder and leader of the “Chicago School,” a group that includes Gene Ammons (Gene Ammons), Johnny Griffin, Clifford Jordan, and Clifford Jordan. His unique sound was both melodic and husky, making every song his own. The Chicago Tribune wrote that Von Freeman was a rare bebop-era peer for technical brilliance and musical intellect, as well as harmonic sophistication and improvisatory freedom. Freeman grew up in a musical family. His mother sang in church choirs, his father played jazz records on an early Victrola and Freeman heard the tenor Sax on that instrument. Freeman’s maternal grandfather and uncle were also guitarists. He was initially self-taught and played the saxophone at DuSable High School. At 16 he got his first gig with Horace Henderson’s Orchestra. He was drafted during WWII and performed with a Navy band. He returned to Chicago and played with his brothers George (guitar), and Eldridge (drums) in the Pershing Hotel Ballroom’s house band. This was where jazz musicians like Dizzy Gillespie and Charlie Parker would stop by and take a seat. Freeman was a member of various artists in Chicago, mostly from the 1950s. These included Sun Ra, Andrew Hill and Jimmy Witherspoon. He played with Milt Trnier in the 1960s. Freeman’s first album, Doin’ it Right Now, was recorded in 1972 under his own name. It was produced by Roland Kirk, a jazz legend. Freeman continued to record, sometimes with Chicago musicians like Frank Catalano and Chico, who have both achieved international acclaim as jazz musicians. He and Chico recorded the Columbia album Fathers and Sons in 1982 with Ellis Marsalis and Wynton and Branford. The Great Divide and Good Forever were later recordings that featured Jimmy Cobb as drummer, Richard Wyands as pianist, and John Webber as bassist. Freeman was a regular Tuesday night performer at the New Apartment Lounge in Chicago’s South Side. He also participated in a jam session there. Andy’s Jazz Club could also be heard on selected weekends. Freeman was a popular figure in Europe, especially in the Netherlands, in his later years. The University of Chicago presented Freeman with the Rosenberger Medal in June 2010. This award “recognizes achievement through research, authorship, invention, for discovery or for any other activity that is of great benefit to humanity.” From www.arts.gov