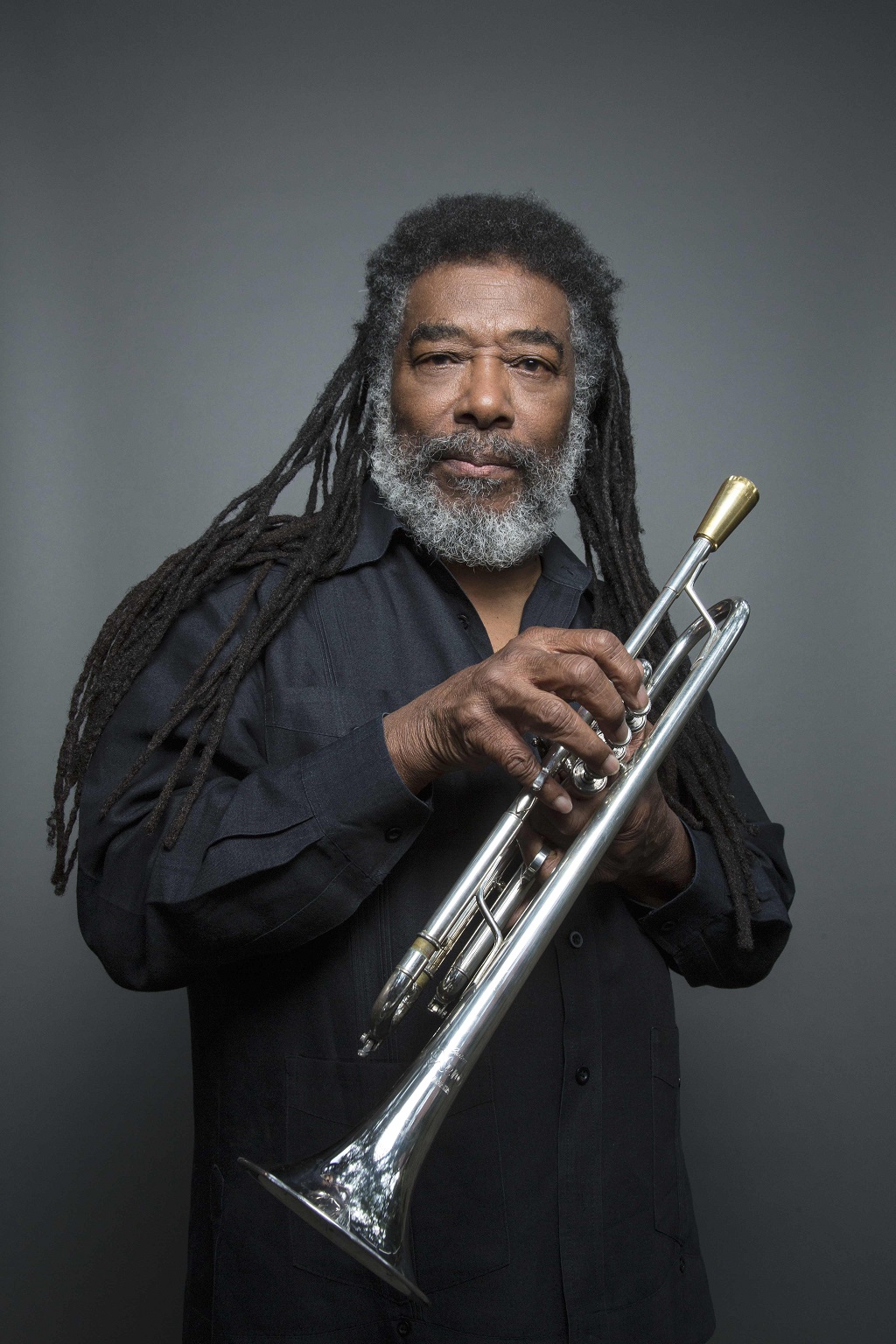 Ishmael Wadada Leo Smith is a trumpet-player, multi-instrumentalist, composer and improviser. He was born in Leland on December 18, 1941. He began his musical career in high school marching and concert bands. There he played drums and mellophone, before switching to trumpet. He was thirteen years old when he discovered the Delta Blues and Improvisation music tradition. His formal musical education was received with his father at the U.S. Military Band program (1963), Sherwood School of Music (1967-1969) and Wesleyan University (1975-1976), where he studied ethnomusicology. He taught at the University of New Haven 1975-1976 and the Creative Music Studio in Woodstock. 1975-78 and Bard College 1987-1993. He is currently the California Institute of the Arts’ Professor of Music and the Director of the MFA in African American Improvisation. He is a member of the ASCAP Association for the Advancement of Creative Musicians. As a musician and composer, he has won numerous awards. He became a Rastafarian in the middle of the eighties and started using Wadada as his name. He has written music for ensembles, orchestras, and stages. His compositions were performed by the Nda-Kulture group as well as many other contemporary music ensembles. He has performed with nearly every major artist in the creative improvised musical scene. He co-founded the Creative Construction Company along with Anthony Braxton and Leroy Jenkins, as well as the New Dalta Ahkri, which includes Henry Threadgill and Anthony Davis. The Golden Quartet is his current group. Jack DeJohnette and Anthony Davis were part of the original quartet. Malachi Favors was also in that group. Smith, Vijay Iyer, John Lindberg, and Ronald Shannon Jackson are the members of The New Golden Gate Quartet. http://www.discogs.com