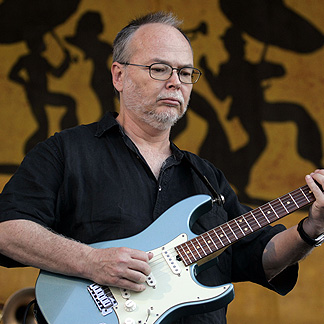 Walter Carl Becker, born February 20, 1950, died September 3, 2017. He was an American musician and songwriter. He is best known for being the co-founder of Steely Dan, as well as its guitarist, bassist, and co-songwriter. While studying at Bard College, Becker met his future songwriting partner Donald Fagen. After a brief period in New York, they moved to California in 1971. They formed Steely Dan, which enjoyed a 10-year commercial and critically acclaimed career. Becker left the group after it was disbanded and moved to Hawaii, where he became a record producer. He briefly joined the British sophistipop group China Crisis in 1985. He produced and played synthesizer for their album Flaunt the Imperfection. Becker and Fagen reformed Steely Dan 1993, and they have remained active, including their 2000 Two Against Nature record, which won four Grammy Awards. Becker released two solo albums in 1994, 11 Tracks of Whack, and 2008’s Circus Money. Becker, who died September 3, 2017, from an undisclosed cause, was the result of a mysterious illness.