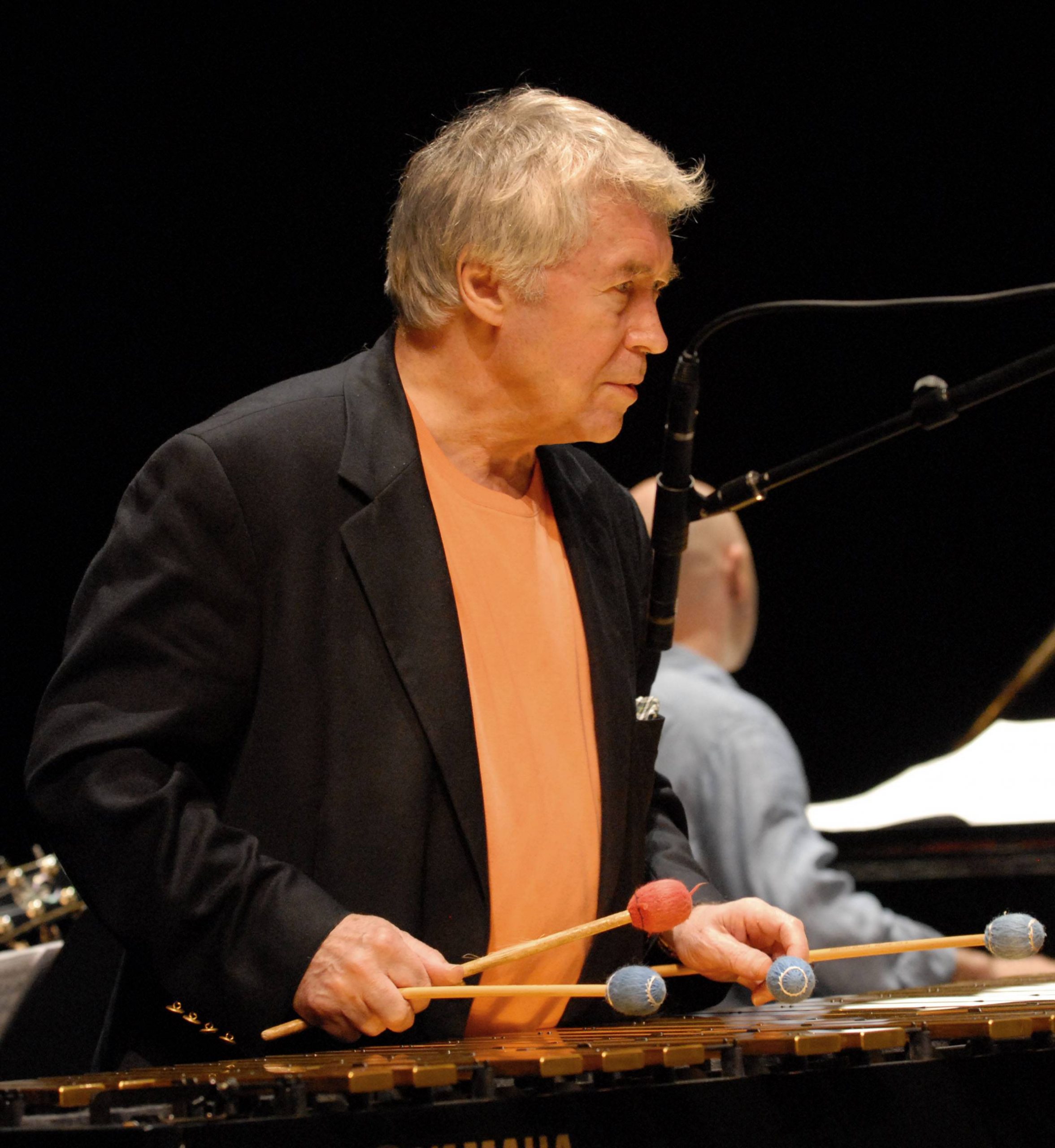 Warren Chiasson, a jazz musician of high repute, has been described by the New York Times as “one of six top vibraphonists in the last 50 years.” He was originally a member the George Shearing Quartet, but he is now his own man, with a unique four-mallet technique that he weaves together into a melodic, percussive style. Before forming his own band, Chiasson was best known for his contributions to the Chet Baker Quartet and the Tal Farlow Trio. He also played with jazz/pop diva Roberta Flack. He has recorded over 100 albums with artists such as Bill Dixon, Hank Crawford, and Eric Dolphy. He was also featured on a Grammy Award-winning album with B.B. King’s albums include “Quartessence”, and “Good Vibes For Kurt Weill” which were selected as a Billboard Pick of the week. He also recorded “Point Counterpoint” together with Chuck Wayne. Chiasson is a self-taught musician. He was born in Cheticamp, Nova Scotia in the French Acadian fishing community of Cheticamp. He grew up in Cape Breton folk music’s rich and joyful culture. His family moved to Sydney, where he began his formal musical education at the age of nine. He was thirteen years old and playing with the Scottish fiddlers of his day. In high school, he also played trombone. Chiasson, then fifteen years old, was inspired by George Shearing’s recording of “I’ll Remember April”. This led him to study jazz music. He would listen to Charlie Parker, Lennie Tristano and Shearing late at night, memorizing their solos on guitar and piano, and practicing until the early hours of the morning. After seeing Lionel Hampton perform, he decided to enter St. Francis Xavier University in Nova Scotia. He then bought a small xylophone and began to plant the seeds of his future career. He began to practice the instrument and decided that music would be his career. He graduated from college and joined the Royal Canadian Artillery Band as a trombone player. This meant that he was able to practice the sounds for eight hours every day. His jazz studies finally paid off when he was invited to audition for The George Shearing Quartet’s vibraphone. He was soon part of the quintet and touring the world, playing alongside the likes Dave Brubeck and the Modern Jazz Quartet. Chiasson has worked with many of the best jazz musicians, including Ron Carter, Roland Hanna, and Jimmy Garrison, the late member of the John Coltrane Quintet. In the 1960s and 1970s, the Warren Chiasson/Jimmy Garrison duo performed regularly at Gregory’s in New York City. Chiasson also hosted a weekly jam at the Signs of the Zodiac, Harlem. Charlie Haden and Joe Farrell were regular guests. Wilbur Ware, Joe Chambers, Joe Farrell and Joe Chambers were also regular guests. Chiasson continues to be involved in jazz education, and continues to travel extensively performing at festivals and concerts. At the 20th anniversary celebration of Atlantic Jazz Festival, Halifax, Nova Scotia, Chiasson received an award for his contributions to jazz. He was also honored for being the first eastern Canadian musician to have an international career in jazz, which paved the way for others. For national airplay, the concert was recorded by CBC RADIO. from www.warrenchiasson.com