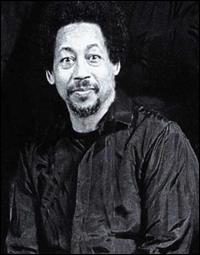 The New York-based drummer and percussionist, Warren Smith, is a skilled and well-trained musician. He has contributed to many masterworks including the recordings of Aretha Franklin and the fascinating composer Sam Rivers. Warren Smith is also a long-standing member of Max Roach M’Boom, one of the most renowned percussion groups. His reputation as a hardworking, no-nonsense performer has been a hallmark of his work. He is often a preferred working partner for composers and bandleaders who wish to present projects with minimal fuss or attitude from their collaborators. This includes Anthony Braxton and Charles Mingus, Henry Threadgill (Van Morrison), Count Basie, Sam Rivers and Tony Williams. Warren Smith is not one to be a kingmaker or to put barriers in the way of new forms of jazz. His Studio Wis was an example of a loft during the “loft jazz scene” in New York City in the late-’70s and early-’80s. It wasn’t a “pay to play” loft. Smith generously gave his studio space to talented musicians such as Oliver Lake or Wadada Leo Smith, so they didn’t have to worry about paying outrageous rent fees. Warren Smith was often present at these events and smiled wider as the music progressed. He also approached unknown musicians to offer advice and compliments. Because of his work in studio sessions, and Broadway pit bands, Smith was a source of knowledge on any subject related to sight reading or arranging. Smith was generous in his response to a young guitarist who asked him for help with sight-reading exercises following a 1979 gig. He walked into a small office adjacent to the performance space and chose from his personal library of study material a wonderful book for the young musician: Louis Bellson’s Odd Time Reading Text. It is one of the most useful collections of sight-reading exercises that has ever been published. Smith plays the drum set on some records, but he is equally at home on the other instruments of the formal orchestral rhythmic percussion arsenal. His vibraphone playing has been so highly praised that he was selected to play the role Milt Jackson in a tribute group to the Modern Jazz Quartet. His relationships with Roach, his drummer friend, and Gil Evans, the leader of the big band, are very long-lasting. Smith’s use of marimba, on 1957 dates with Miles Davis, is one of Smith’s first significant recordings credits. Smith was the preferred percussionist for Evans’ ’70s recording and performing unit. He emphasized modern directions and used electric instruments. He even recorded a tribute to Jimi Hendrix. People who didn’t do their research might have thought Smith was a novice in experimental rock. But Smith was actually a member of the original Earth Opera band. This put Smith in the company and recordings of Peter Rowan and David Grisman, both of whom were super bluegrass players back in their youth. Smith founded the Composers Workshop Ensemble in New York, which was a co-operative group that performs original jazz compositions. He was a professor at SUNY Old Westbury and he also managed his own small ensemble, the Wistet. Smith started recording and performing regularly in the 1990s with Bill Cole’s Untempered Ensemble. This ensemble also featured Cooper Moore, the brilliant instrument inventor. Smith’s 1998 solo album entitled Cats Are Stealing my —-, received great enthusiasm from critics. Many of them considered it to be his best work. Allmusic