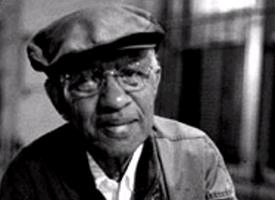 Webster English Young, nicknamed “Little Diz”, and later called “Web City” after the great alto saxophonist Jackie McLean, was born in Columbia (S.C.). He called Washington, D.C., his home, but he was born in Columbia, S.C. He began playing the trumpet at a young age and convinced Louis Armstrong to teach him while he was visiting Washington, D.C. for a concert at the Howard Theatre. Webster’s spoken voice was soft and gravelly, not a singer by most standards. However, he did occasionally pick up the microphone and put his horn down. His performance on stage was the highlight of my experience. His rendition of “You Don’t Know What Love Is”, was as beautiful and fluid as his trumpet choruses. Only one recording I have of him singing is “What’s New”, a rare set of three-LP recordings that he made in 1961. Webster Young Plays The Miles Davis Songbook. Shirley Horn was there that night and Young said that he just felt like singing that night. Young spent many years in New York City starting in the late 1950s and ran with some of the most famous jazz musicians. Many of the jazz legends he played with, including Miles Davis and John Coltrane, Dexter Gordon and Jackie McLean, Bud Powell, Lester Young, and Dizzy Gillespie. Advertise He toured throughout North America and Europe, fulfilled his military obligation in Japan, and was both a leader and sideman on many important recordings. His tribute to Billie Holiday is perhaps the most well-known of these recordings. For Lady, a 1957 album that Young recorded, includes a variety of Holiday tunes. Young’s performance on the recording demonstrates the impact she had on his growth. Young recalls his first encounter with Lady Day. He said that she “warmened up the room like an oven” when she entered a club where he was performing. Young continued to study and teach. The University of the District of Columbia was his first teaching job. He was also the musical director of Lettumplay, a long-running jazz education program in Washington, D.C., and he led the D.C. Music Center Jazz Workshop, where he privately taught trumpet and piano for almost five decades. His students were constantly learning new tools and he would go to great lengths to help them. His workshops included music theory, history, and ensemble playing. He was a master of all three. He continued to grow and develop musically. However, his ability to find his own voice and to remain true to it is a strong testimony to his musical strength. On recordings that span more than 40 years, his smooth, soft tone and soulful phrasing can be instantly recognized. His generosity and depth of feeling are rare and will be missed by his family, friends, and fans around the globe. His first marriage to Mary Marshall Young was a divorce. He is survived by his two children, John Wardell Young, Washington D.C., and Terry Ann Powell, Silver Spring, Md. Webster Young, who was renowned for his warm, melancholy sounding trumpet, passed away at Veterans Administration Hospice in Vancouver (WA) on December 13, only 10 days after he turned 71. After being hospitalized with a brain tumor, he died at the Veterans Administration Hospice in Vancouver. His wife Grechen Isenhard Young and their son Dorian Young were there to support him as he passed away. Webster Young wasn’t a household name, but the VA staff knew him and were proud to have him there. He was treated with the same kindness and respect he deserved throughout his life. From www.nbcnews.com