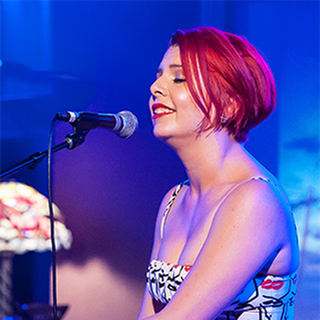 Whitney Shay, a young singer and songwriter who won the San Diego Music Award for Best Blues Artist twice, sings with an authority you’d only find in artists twice her age. Candi Staton, a soul legend, called Shay “one hell of a singer” while claiming that “She really has heart.” The Beach and Bay Press stated that Shay is “one of San Diego’s most electrifying performers, with a sassy and brassy stage presence that makes it one of the top performers in the area.” Shay’s excitement generated by her live performances and new album A Woman Rules the World has its roots in her lifelong passion for music and performance. She was three years old when she saw a performance of the Royal Shakespeare Company. After that, she joined a theatre company in her home country. Since then, she has been performing. Shay moved from performing in theatre productions to leading a band and playing blues, jazz, and swing music. She had a powerful voice and an impressive stage presence by then. These assets have earned her a loyal audience in her native country, where she performs over 200 shows annually. A Woman Rules the World is Shay’s first album in six years. It also marks her debut album that features original songwriting. It’s a clever mix of original songs and covers of classics like Little Richard or Dinah Washington with a strong undercurrent of female empowerment. Shay says, “The album mirrors mine journey. This year it seems like many things are coming to fruition in the women’s right movement.” “I believe it resonates right now because people have grown tired of the status quo.” Shay is a popular West Coast musician, and has been a welcomed presence at many West Coast music festivals such as the Doheny Blues Festival (Gator by the Bay Festival), the San Diego Blues Festival, and the San Diego Music Awards. She has toured the world, including a number of highly acclaimed trips to Brazil. Her music can also be heard on TV and film, including shows on NBC and HBO, Bravo and BET and the upcoming Tyler Perry film A Madea Family Funeral. From www.whitneyshay.com