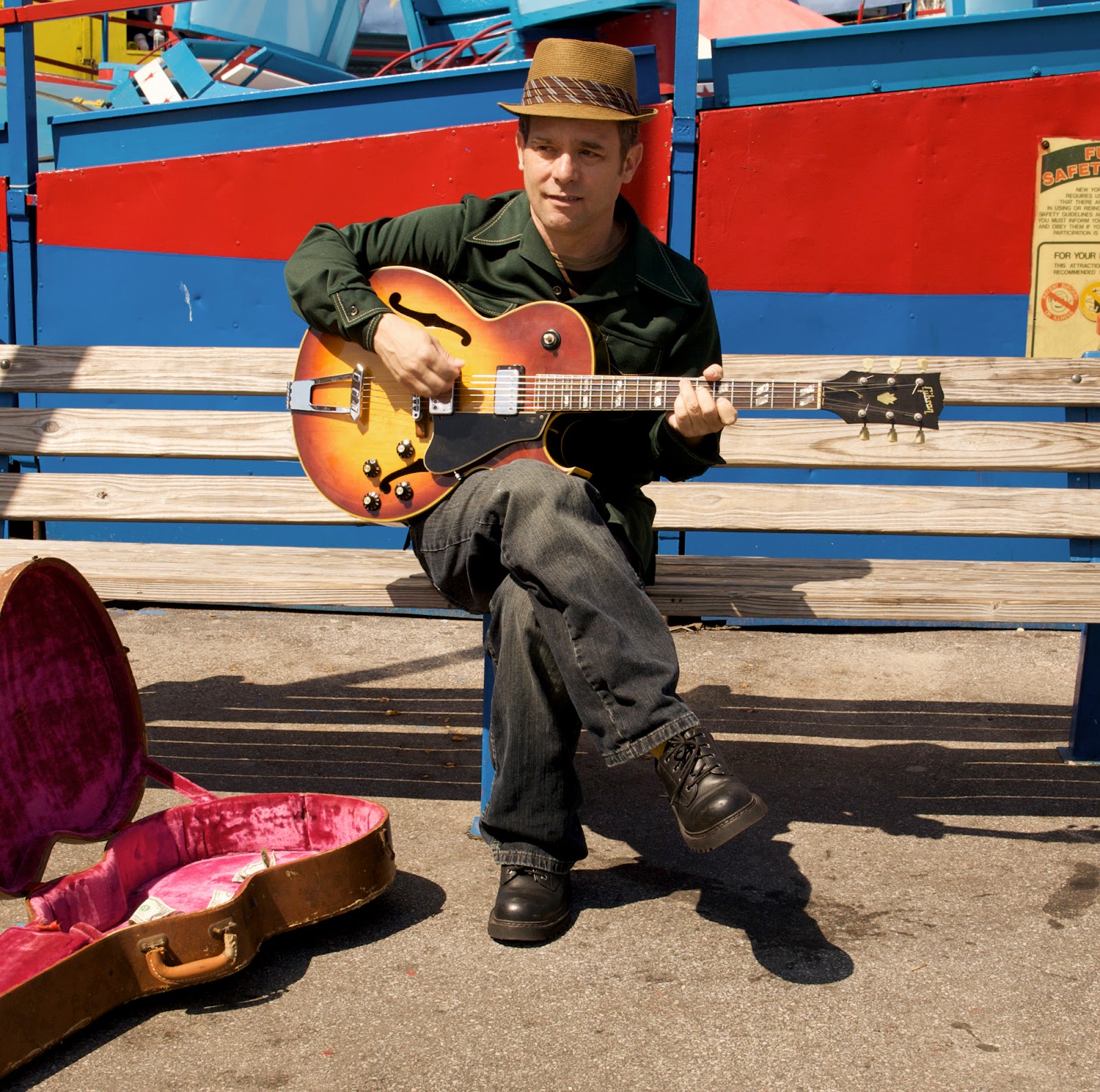 Will Bernard, a guitarist and band leader hailing from the San Francisco Bay Area now resides in Brooklyn, New York. He is the leader of the Will Bernard Band and Will Bernard Trio. Bernard’s first major tour and recording was with Peter Apfelbaum’s Hieroglyphics Ensemble. He joined Charlie Hunter and John Schott in the role of T.J. Kirk during the mid-1990s. The original name of the band was “James T. Kirk”, which was a tribute to James Brown, TheloniousMonk, and Rahsaan Roy Kirk. Their second album, If Four Was One, was nominated for a Grammy Award in 1997. Bernard was also nominated for a Grammy Award in 2007 for his Party Hats. Bernard has performed with many musicians, including Jai Uttal, the Pagan Love Orchestra and The Coup. He also received a Grammy Award nomination for his Party Hats in 2007. Bernard recorded Blue Plate Special, his second album with Palmetto. It featured John Medeski on keyboards and Stanton Moore drums. Andy Hess was on bass. Wikipedia