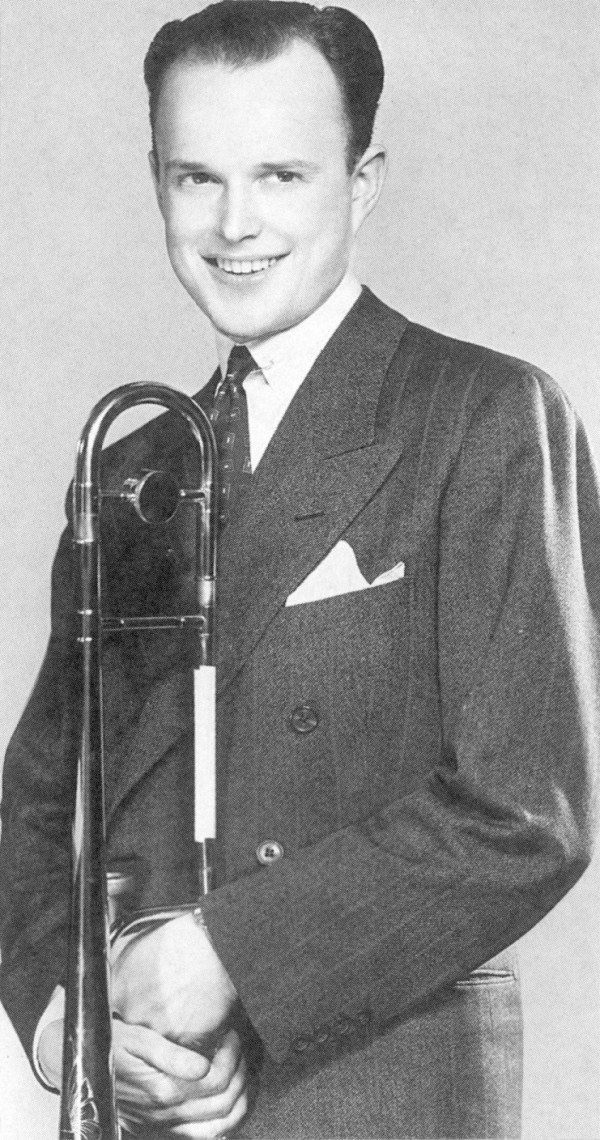 Will Bradley, a soft-spoken trombonist, became famous after teaming up with Ray McKinley to form a big band that led the boogie-woogie revival of the late ’30s and early ‘40s. McKinley preferred the boogie more than Bradley, who preferred sweet tunes and easygoing swing. He was soon associated with songs like “Beat Me, Dad, Eight to The Bar,” “Scrub Me, Mama, With a Boogie Beat,” and “Bounce Me, Brother, With a Solid Four.” This was not the path Bradley would prefer. He was a man who had ambitions in classical and 20th-century chamber music and his personal hero was Alban Berg, the Viennese composer. Glenn Miller greatly respected and admired Will Bradley, a fine trombonist with a tone that sounded like Tommy Dorsey’s. Miller also believed that Bradley was technically superior to his peers, which included Dorsey and Miller. Wilbur Schwichtenberg was a New Jersey native who was born on July 12, 1912 and raised in Washington. He moved to New York in 1928 and performed with dance groups such as Milt Shaw’s Detroiters or Red Nichols.