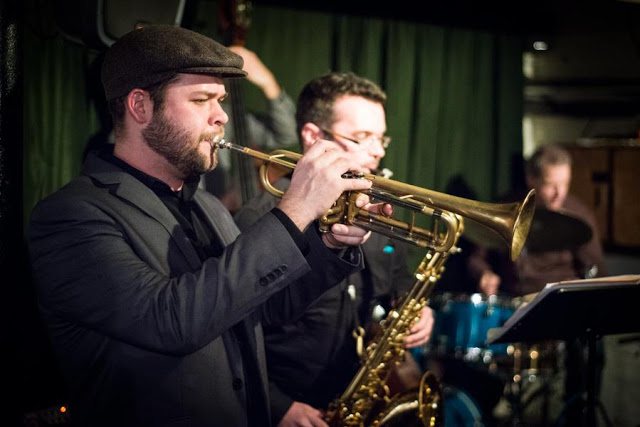 Will Caviness was born in Memphis, Tennessee, in 1982. He has been a jazz trumpeter since he graduated from the New England Conservatory. His extensive musical education and experience has paved the way for many musical achievements. He performed on several stages worldwide, including at Carnegie Hall, Jordan Hall in Boston and the Conservatorium Van Amsterdam, Holland. He was also a finalist in 2003 International Trumpet Guild Jazz competition. He has also fronted his own bands across the country. These groups range from Art Blakey tribute bands, to original works. Will has been on the same stage as many jazz legends over his career. Will is true to the “Memphis Sound” and his bluesy tone has been compared with Kenny Dorham, Lee Morgan, and Fats Navarro. He earned a Masters of Music degree at the New England Conservatory in 2008 with merit scholarship. There he studied under the legendary performers/educators Jerry Bergonzi and John McNeil. Will is a regular performer in New York City. His latest appearances include performances with Bill Mobley’s Smoke Big Band, Valery Petrov’s big band and the Howard Williams Orchestra. There are many other productions throughout New York. He regularly performs at some of the city’s most prominent jazz venues such as Smoke, Zinc Bar, 55 Bar, and Brooklyn Tea Lounge. Big City Swing is his favorite dance and entertainment band in NYC. Will is an active freelance trumpeter and can be heard playing in some of New York City’s most popular active bands. He recently performed with Jackie Evancho and the Tim Janis Ensemble in a Carnegie Hall Christmas production. From www.willcaviness.com