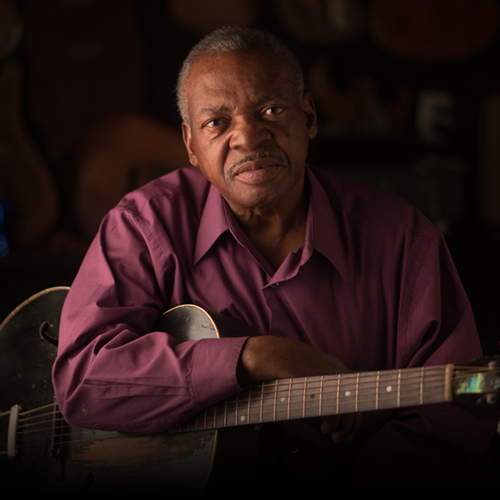 “Little” Willie Farmer was a 1956 native of Duck Hill, Miss. He grew up on a farm with his father, who raised chickens, cows, and cotton. When their work was done, his uncles and dad would entertain one another with blues or gospel songs. Farmer, as a child, picked up a guitar and started to learn how to play it. His father and mother had different opinions about what Farmer should be playing. His mother insisted that he listen to gospel music, while his father encouraged him, whenever he was not listening, to play the blues. His father gave Willie some advice. “Don’t be proud of yourself.” His father advised his son that if you play it right, people will brag about you. He began working on cars as a teenager and ran his own business for over four decades. He performed at music halls and gospel quartets in Chicago, Memphis, Clarksdale, Miss. and Montgomery, Ala. Farmer’s debut album, “I’m Going Back Home,” was released by Wolf, an Austrian blues label. He plays a mix of acoustic guitar and electric guitar in a style that is very similar to that of Lightnin’ Hopkins. from https://musicmaker.org