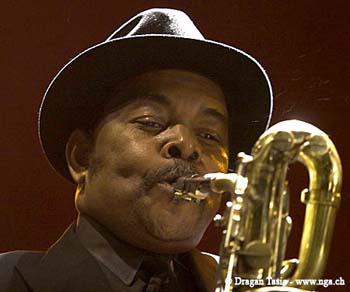 Willie Henderson, born August 9, 1941 in Pensacola (Florida), is an American soul singer. Henderson, a young man who moved to Chicago with his family as a child, began playing the baritone clarinet saxophone. In his twenties, Henderson gigged with Syl Johnson and Harold Burrage. He started working at Brunswick Records in 1968. Henderson and Carl Davis were instrumental in arrangements for artists such as Tyrone Davis, Jackie Wilson, Tyrone Davis and Barbara Acklin. Henderson also produced some of these records. Johnny Williams and Henderson co-wrote “I Made a Mistake” (Part I) and “Slow Motion” (Part II), which were both Top Ten hits in the US. A few singles were released by Henderson, including the 1974 Lowrell Simon-written instrumental “Dance Master”, the “Funky Chicken” (as Willie Henderson u0026 the Soul Explosions), and “Break Your Back”, b/w “Same” and “Gangster Boogie Bump”, b/w/”Let’s Merengue”. In 1970, he also released Funky Chicken, a full-length album on Brunswick. Henderson quit Brunswick in 1974 to become an independent producer. He was the producer of the group Essence, Epic Records. He continued producing into the 1980s, and sometimes self-released singles through his label, NowSound. He founded the Chicago Music Organization in 1999 and still performs in Chicago. From Wikipedia