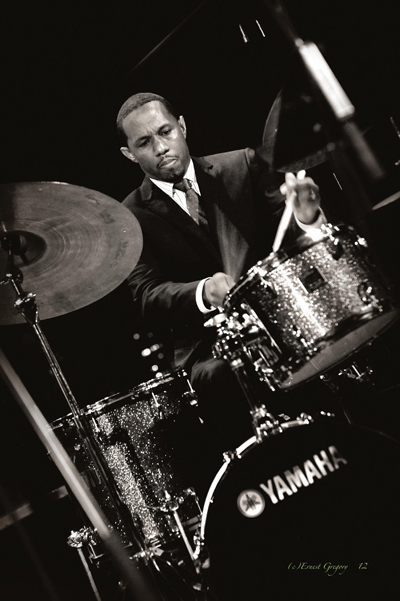 Jones was born in Los Angeles on June 8, 1968. His father, Willie Jones II (a jazz pianist who is well-known for his accomplishments), introduced him to music through his son. The younger Jones was determined to further his musical skills and spent the next few decades working with well-respected musicians and instructors. He began performing with notable musicians as a teenager. After receiving a full scholarship from the California Institute of the Arts, he completed his academic training. He studied under the tutelage of the legendary Albert Heath. Jones was a semi-finalist in 1992’s Thelonious Monk Jazz Drum Competition. He also co-founded the jazz band Black Note. Black Note was inspired by the West Coast bop movement’s rich, soulful energy. Their hard-swing sound earned them first place in 1991’s John Coltrane Young Artist Competition. Jones contributed his musical and production skills to all four Black Note recordings: 43rd