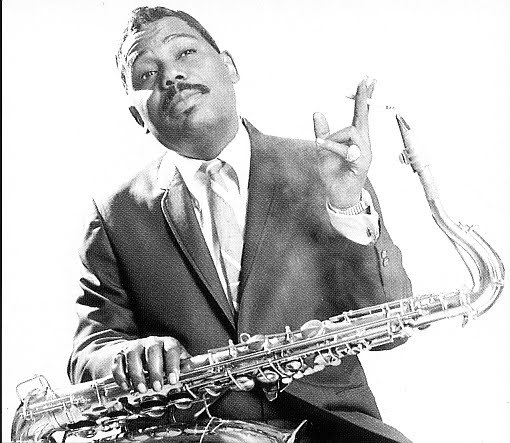 An exciting tenor saxophonist whose honking and squeals (although influenced by Illinois Jacquet) were quite distinctive, Willis Jackson was also a strong improviser who sounded perfectly at home with organ groups. He played locally in Florida early on, until joining Cootie Williams (on and off during 1948-1955). His two-sided honking feature “Gator Tail” with “Cootie” (which earned Williams a lifelong nickname) was a hit in 1948, and he started recording as a leader in 1950. Jackson had a romantic and creative partnership with singer Ruth Brown for eight years, and often appeared on her recordings during this era. His extensive series of Prestige recordings (1959-1964) made him a big attraction on the organ circuit. Although generally overlooked by critics, Willis Jackson continued working steadily in the 1970s and ’80s. In 1977, he recorded one of the finest albums of his career for Muse, Bar Wars. from allmusic