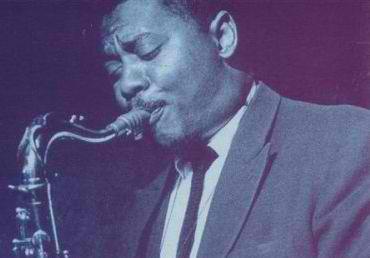 Wilton Gaynair was born 11 January 1927 in Kingston, Jamaica, West Indies. He died 13 February 1995 in Germany. Gaynair was a tenor saxophonist in several bands in his native country early in his career. He moved to Europe in the 50s and began playing jazz. After playing with Dizzy in London, he moved to Germany and became a resident. He studied composition and arranging and played with many of the most important German musicians, as well as visiting stars from the USA. He was also a member with Kurt Edelhagen’s Orchestra, along with Ellsworth “Shake” Keane. He was also co-founder of Third Eye, which included Kenny Wheeler as well as Alan Skidmore. Gaynair was a fluent improviser in hard-bop, and he continued performing into the 80s. However, in 1983, while performing with Peter Herbolzheimer he had a stroke. Gaynair’s career was not in the spotlight. However, he built a dedicated group of critics, including Val Wilmer, a jazz writer. Gaynair’s playing was full-throated, but he maintained a melodic approach in his interpretations. Although there were hints of John Coltrane occasionally in his playing, they were easily subordinated to Gaynair’s personal conceptions. Allmusic