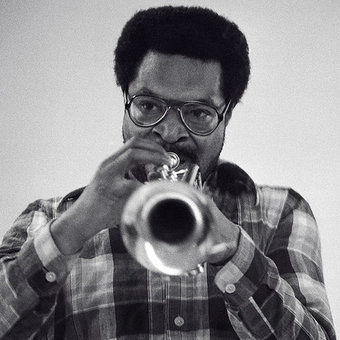 Woody Herman Shaw II (December 24, 1945 – May 10, 1989, United States) was a brilliant jazz trumpeter and composer. He was one of the most important contributors to modern jazz. He also fought for the development of jazz’ technical and harmonic capabilities. Shaw was born in Newark, New Jersey and began studying music when he was 11. He was influenced early in his career by Clifford Brown and Fats Navarro. Shaw also studied music with Booker Little and Dizzy Gillespie. However, Eric Dolphy and John Coltrane were equally influential in shaping his style as a composer and trumpeter. Art Blakey, Max Roach and Horace Silver were some of his colleagues during the 1960s. He recorded Blue Note Records during this time as a sideman, along with Jackie McLean and Chick Corea. He began his career as a leader in the mid-1970s. Columbia Records signed Shaw in 1978 and recorded the albums Rosewood and Stepping Stones, Woody III and For Sure. Rosewood won 2 Grammies, was nominated in the Down Beat Reader’s Poll as Best Jazz Album 1978. It was also voted #4 Jazz Musician and Woody Shaw Best Jazz Trumpeter. Text contributed by users is available under Creative Commons By–SA License. It may also be available under GNU FDL.