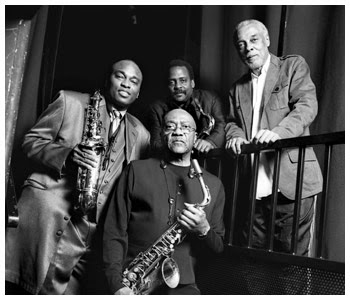 The World Saxophone Quartet was founded in 1976. It has been widely praised for its improvisational skills. These musicians brought radical new ideas and tonal innovations to jazz in the 1960s. They rejected mainstream jazz and favored music that was more in line with the work of modern composers like Charles Ives or John Cage. These innovations eventually influenced the best-known jazz recordings, including those of Miles Davis, John Coltrane and Pharoah Sands. These recordings include longer performances of individual musical pieces. This style often led to disturbing and cacophonous performances. These groundbreaking traditions have been continued by the World Saxophone Quartet, which has added musicians’ unique jazz compositional skills that serve as a launch pad for their improvisatory abilities. The World Saxophone Quartet’s four-saxophone quartet has been compared to string quartets that are associated with classical chamber music. However, the Quartet has also experimented with distortion, volume, and jazz standards by Duke Ellington. The original World Saxophone Quartet lineup was closely associated with New York’s 1970s loft jazz scene. The original three members of the World Saxophone Quartet, Hamiet Bluiett and Julius Hemphill were acquaintances from the lively jazz scene in St. Louis, Missouri during the 1960s and 1970s. Hemphill was born in Fort Worth, Texas and spent his childhood immersed in jazz and Ru0026B.