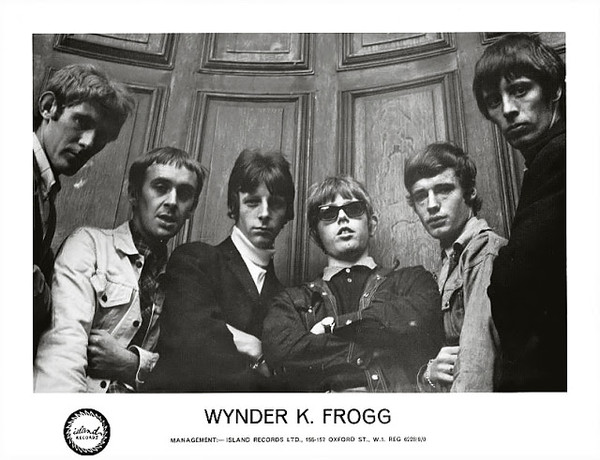 Wynder K. Frog, a jazz/blues group was founded in 1967 by Mick Weaver. It was formed in 1967 by Mick Weaver, who billed the group Wynder K. Frogg at one of its first London gigs. This was an opening for Traffic’s then-newly-formed Traffic. Their recording history is more complicated due to Sunshine Super Frog, their first album. The Island Records 1967 record featured Mick Weaver with a small group of uncredited session musicians, including Jimmy Miller, who was one of the rarer long-players. The group’s most famous incarnation was formed a little later. It consisted of ex-Bluesology guitarist Neil Hubbard and Alan Spenner on bass. Chris Mercer, saxophonist, and Anthony Reebop Kwaku Baah, on percussion. Bruce Rowland played the drums. The group’s sound was centered around Weaver’s Hammond B-3 Hammond organ. However, the leader gave himself the nickname “Wynder K.” Frog.” The group impressed critics and audiences alike and they were able to record Out of the Frying Pan (1968), which Miller and Gus Dudgeon co-produced. They covered a variety of established songs, including “Alexander’s Ragtime Band” and “Jumpin’ Flash,” along with a couple of Mick Weaver tracks. Their pounding renditions of “Green Door” and “Jumpin’ Jack Flash,” which they also recorded instrumentally, received a lot of attention. Their single release, “I’m a Man”, has been enduringly successful. Wynder K. Frog, like many jazz/blues combos of that era, were able achieve significant recognition in London. However, they were fighting against a musical tide in America that was moving towards arena rock and large-scale, high volume sounds with which they couldn’t compete. In late 1968, the classic lineup split. Shawn Phillips joined them on guitar and vocals. Spenner was later a part of Joe Cocker’s Grease Band with Rowland. The two of them played an extended tour of the United States culminating in the Woodstock festival, August 1969. Neil Hubbard and Neil Hubbard formed the core of the newly reorganized, independent Grease Band. After Wynder K.Frog’s dissolution, Weaver and his label released the posthumous album Into the Fire (1969). Although the group was mostly known in London, their reputation was limited to the London music scene. However, the fact that they kept appearing in accounts of Joe Cocker and the Grease Band’s history likely gave them greater international exposure. Out of the Frying Pan, one of their three albums, has been re-released as a CD. Allmusic