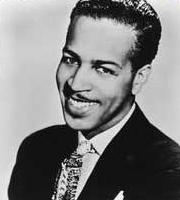 Wynonie Harp was the blues screamer who best embodied the rolling good times he sang about. He was known as “Mr. Blues” and shared his joyous tales of sex and booze with a wide audience. His raspy voice accompanied some of the most powerful horn-powered combinations of the postwar era. Harris was eventually caught in his willful ways, but not before he won a lot of R.