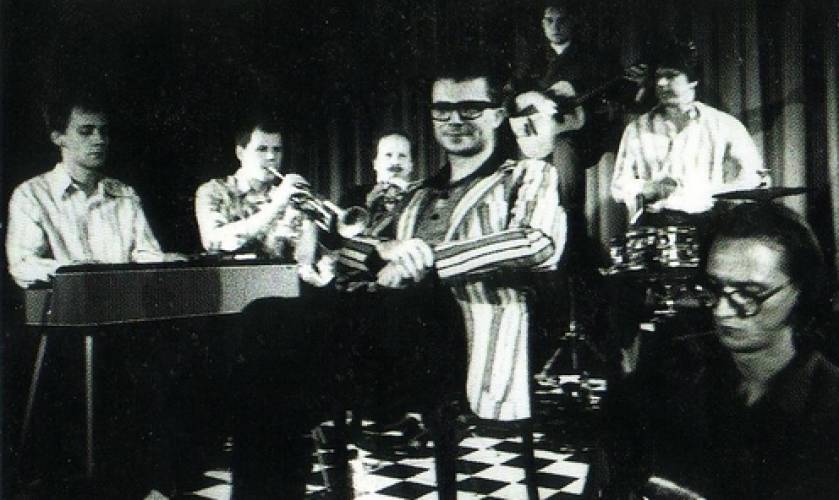 This horn-fueled Belgian band was both tight and hyper-energetic, but also arty. It was a precursor of the warped avant big band Flat Earth Society. X-Legged Sally was a Zappa-influenced experimental group from Belgium. Its members included Peter Vermeersch and Paul Belgrado as well as Pierre Vervloesem and Danny Van Hoeck. Bart Maris, Michel Mast, and Pierre Vervloesem. The band contributed a track in 1990 to the Live at the Knitting factory, Vol. The band contributed a track to the 1990 Live at the Knitting Factory, Vol. 4 album. This resulted in a loose association with the New York Downtown scene. After three Sub Rosa albums, two of which were produced by Bill Laswell, XLS’ American debut, The Land of the Giant Dwarfs was released in 1995. Fired, a live CD featuring music from many of their earlier CDs, was released in 1996. Bereft Of A BlissfulUnion, an album of music performed and recorded by XLS, and the Smith Quartet, arrived the year after. Flat Earth Society was formed by Peter Vermeersch in 1998. It featured a number of XLS alums. Flat Earth Society, or FES, performed, toured and recorded during the first decade and beyond of the 21st Century. Allmusic