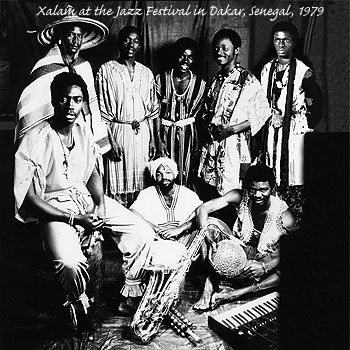 Xalam is the name for a senegalese music group that was founded in 1969 by brothers Prospere and Magay Niang. They went on an African tour in 1975 with Hugh Masekela, Miriam Makeba. The lute-like instrument known as the Xalam gave the band its name. Xalam sang a mixture of African and contemporary jazz songs, often in wolof which is the predominant local language. The group included saxophone, drums and African percussion. 1980 saw Xalam record tracks in Dakar for Disney Corporation, which would be used on their Epcot site in America. The band made their way to Paris in the early 1980’s and became a regular on the local music scene. Prospere died in the middle of the 80’s. His younger brother, Senemali drummer, succeeded him on the drums. Text contributed by users is available under Creative Commons By–SA License. It may also be available under GNU FDL.