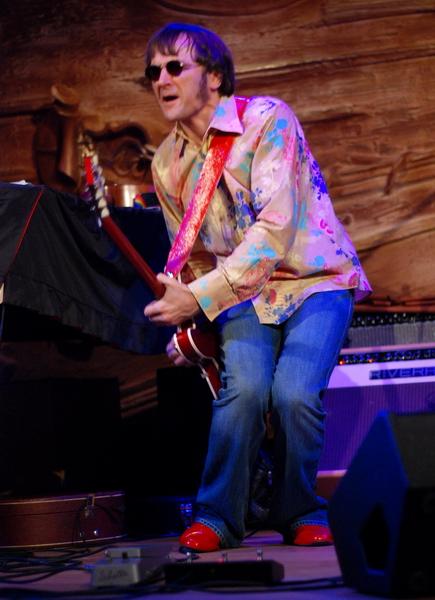 Yanina, the Polish guitarist, is a significant figure in Polish pop, big beat and rock music history. Yanina Free Wave is another venture… when a well-known musician who has been associated with other genres goes JAZZ and it succeeds! This is a bold move that mature artists rarely make. It would not be possible without the excellent young musicians that surround him …: Lukasz Kulzniak on alto and tenor Saxophones, Marek Pospieszalski and Marcin Lamch on bass and Przemek Pagan on drums. These young men are talented, but Yanina is able to use their music with maturity and depth. It made a very positive impression …: with its music. The unhurried, rich, and coherent improvisations were presented one after the other to an astonished audience who had previously only known Yanina from simpler and more popular projects. With this band he shows talent and sensitiveness going well beyond those narrow limits and I can only wholeheartedly welcome him on Polish jazz scene where he not only clearly belongs but to which he may contribute a lot in years to come… from http://polish-jazz.blogspot.com