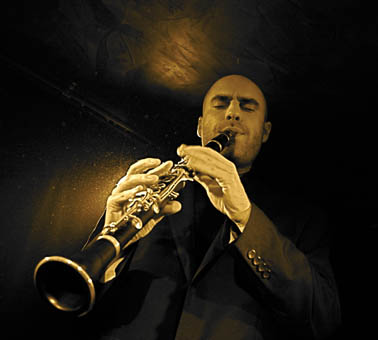 Clarinetist, born 26 March 1980 in Paris, France. Legend has it that he found his calling by listening to Prokofiev. This was a deliberate decision, even though he was only 26 years old at the time. Yom is a gifted clarinet player at a young age. He also distinguishes himself among his conservatory friends. Only later, around 20, does he feel the need to incorporate other influences (Brian Eno and Radiohead to his classical and Klezmer repertoires. Yom, who has had many experiences with different musical groups and is now a solo entrepreneur. He records a tribute to Brandwein. The artist’s controversial reputation allows him to both respect and abandon tradition. It was a wise and profitable decision. Yom wanted to express gratitude to Giora Feidman for opening Pandora’s Box to him by dedicating “Unue”, his next album to her. Yom’s latest album, “With Love”, exposes his inner self and invites us to explore a world of comics. It is a mix of trip hop, the Balkans and post rock, Turkey, electronics, and Romania. It is an explosive mix that will surely upset the fussy purists who he loves so much. from www.metisse-music.com