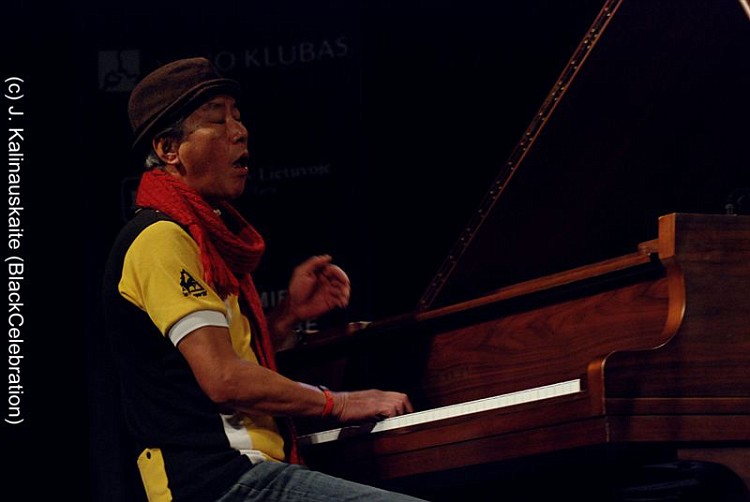 Yorijuki Harada (b. Yorijuki Harada (b. After graduating from Kunitachi Music College, he became a clarinettist. However, he soon felt dissatisfied with the strict rules of classical music. After graduating, he went to New York with his schoolmate, Kazutoki Umezu, who was also an improvisation partner. They made their first recording at Seikatsu Koujon linkai New York Branch. The two friends, Mori Junji (with Kikuchi Takashi) and Shudan-Sokai quartet formed after they returned to Japan in 1976. They reunited with other friends two years later and the group grew to become Seikatsu Kojo-iinkai Orchestra. This collective is well-known for its hilarious performances throughout Japan. After leaving the Orchestra, Yoriyuki harada worked with Tristan Honsinger and Andrew Cyrille. Tobias Delius and Togashi Masahiko were also part of their collaboration. He has not tried to make a living from music, or sought any kind of support from the industry. This would be boring. Yoriyuki has only performed in Japan once a month for almost 30 years. This was at his favorite venue, Aketa-nomise jazz club. The pianist said that it would be difficult to perform more often because each performance requires a different inner state. Since he has decided to only come in contact with the instrument on stage, he does not own a piano. Japanese critics refer to him as “Monster piano”. His stage presence is filled with emotion and sweat. His fingers whirl on the keyboard like lightning bolts. Harada says, “I don’t have any musical motif and I don’t think about my music.” His performances are remembered by the audience long after he is gone. from http://www.vilniusjazz.lt