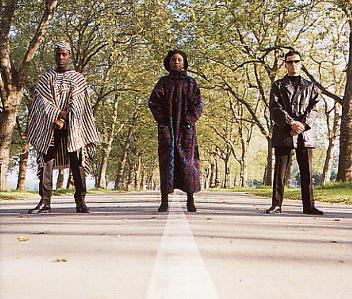 Young Disciples was an American / British acid jazz band. It was formed in London by Carleen Anderson (vocals, keyboards), Marco Nelson on bass, guitar, and organ, and Femi Williams on percussion and programming. The band’s most well-known hit was “Apparently Nothin'”, which was released in Talkin’ Loud 1991. It helped Anderson launch her solo career. After Anderson’s American birth, the group was formed by Anderson and Bobby Anderson. Nelson met them in London. Their first single, “Get Yourself Together”, was released by Talkin’ Loud Records. The single reached #68 on the UK Singles Charts in October 1990. It was followed by “Apparently Nothin'”, which became a #13 UK smash and brought them national attention. Their album, Road to Freedom (1991), followed. The group’s record label decided to make a profit by releasing a remix of “Get Yourself Together”. The group was featured on Red Hot Organization’s 1992 dance compilation album, Red Hot Dance. They contributed an original song, “Apparently Nothing (The re-Rub). All proceeds from the album were donated to AIDS charities to help raise awareness and funds. According to The Techno Primer, the group was part of the burgeoning Acid Jazz scene. However, they also had links with British hip-hop. Many of the most prominent British rappers recorded with them over the years, including MC Mell’O’ and Outlaw Posse. Although they remixed tracks for other artists often, it was either Williams or Nelson. Dilip Harris/Demus co-produced and recorded Road to Freedom. This album was mixed at Solid Bond Studios (Paul Weller’s personal studio), with guests Fred Wesley and Maceo Parker. Mick Talbot, Paul Weller. Steve White, Max Beesley and IG Culture. It reached #21 in the UK Albums Chart. Anderson left the group in 1992 and used the success of “Apparently Nothin’ to secure a solo recording deal with Virgin Records. The group broke up in 1992, but the name was used for remix productions for many years. Nelson and Williams remained involved in the music industry behind the scenes. 1999 saw the release of a new version “Apparently Nothin'” with Carleen Anderson, The Brand New Heavies. Wikipedia