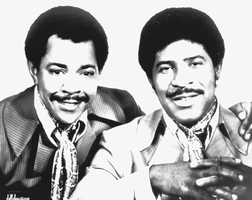 Eldee Young, bassist, and Isaac “Red” Holt, drummer, attended the American Conversatory of Music, Chicago. They played in a dance orchestra called “The Cleffs”, where they met Ramsey Lewis, who formed a jazz trio in 1956. Young and Holt parted ways after a decade of being Lewis’ rhythm section. They formed their own band in the wake the trio’s hit single “The ‘In’ Crowd”. They hired pianist Hysear Walker, and called themselves the Young-Holt Trio.