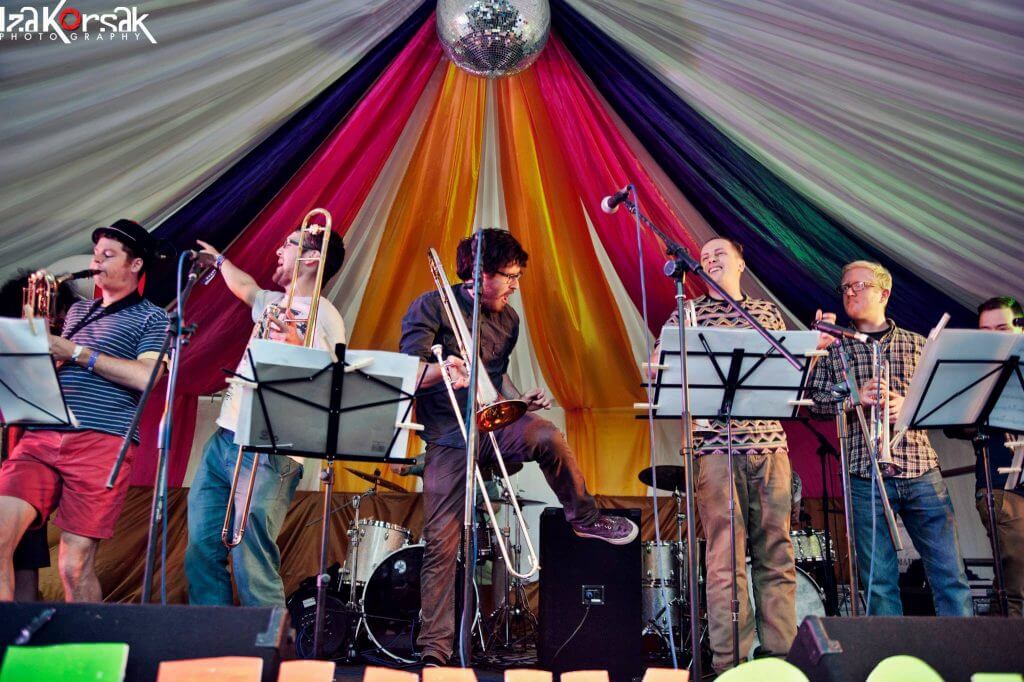 Young Pilgrims is an addictive brass band that is brimming full of jazz-rock energy. They release their new studio album, We’re Young Pilgrims in June. There will also be a series of live dates to celebrate Britain’s rebirtheding live music scene. Young Pilgrims’ feverish, brassy, and raucous intensity is refreshing. It’s available on Stoney Lane, Brum jazz indie Stoney Lane. We’re Young Pilgrims also streams the rousing ‘Hall of Meat. Grab your seat and get ready to go. Marlbank. Young Pilgrims grew out of the vibrant Birmingham jazz scene and has found a wide audience with their live performances. From beer-soaked dance floors to London’s South Bank, Paris Jazz Festival to Love Supreme Festival, they have drawn fans all over Europe and beyond. Their rock-inspired, brass-heavy sound is brought together by their nine-strong lineup, which includes trumpets, trombones, and sousaphone. Two drummers drive the band’s high-energy rhythmic groove. The band’s 2016 debut, “Little Things”, was released on 18 June 2016. They followed that up with their first studio album, which was fully produced by Stoney Lane Records. A tour to reclaim Britain’s old venues, festivals, and bandstands will see their original music spread across the UK in 2021 and 2022. We’re Young Pilgrims is a band that was inspired by renegades and skateboarding, as well as a brief, murky incursion into a local Canal. It features eight original songs from Richard Foote and Kieran McLeod, along with new arrangements of Elliot Smith, Vulfpeck and D’Angelo music. Canal Tripping is a tribute to Richard Foote, trombonist, who fell from his bike into one Birmingham’s canals. It also pays homage to D’Angelo, Elliot Smith, and Vulfpeck. Foote’s Hall of Meat takes its name from Thrasher Magazine’s “remarkable and gnarly” Instagram page. Richard says: “A tribute to all skaters out there taking slams and getting smoked, jumping back up and doing serious tricks.” Silk’s Pilgrimage is inspired by the band’s long-running residency in Birmingham’s Hare.