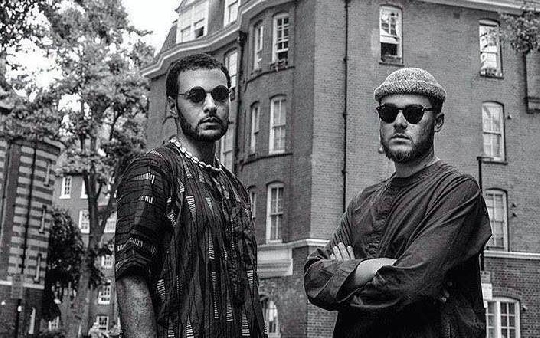 Yussef Kamaal is a jazz-funk duo from London, whose members include Yussef Dayses and Kamaal (aka Henry Wu). Their name is a nod to Kamal Yussef, an Egyptian artist who was a founder member of the influential, multi-disciplinary Groupe de L’Art Contemporain, Cairo, in the 1940s. The sound of the band is a mix of 70s jazz-funk and 21st-century London beats, hip-hop, and bass. Both Black Focus are South Londoners. Dayes is the drummer for Afrobeat band United Vibrations. Williams is a well-known keyboard player, producer and drummer who has released a series 12″ singles under his name. They met in 2007 while they were pursuing different musical ventures. They kept in touch and occasionally played together. They formed a band while they were rehearsing for Williams’ solo show at the Boiler room. The show was a huge success, built on rhythm- and groove-based improvisation. The music was created spontaneously without any prearranged tunes or arrangements. Williams described the duo’s music as “…all drums and keys ….”. They performed a 20-minute set at Gilles Peterson’s awards show, and Brownswood signed them due to its strength. The Heliocentrics’ Malcolm Catto engineered the duo and six additional musicians, including Shabaka Hutchings, to help them create Black Focus. This album was released in November 2016.