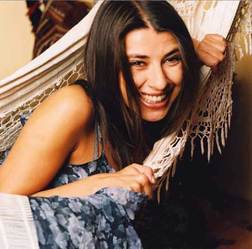 Polish-born (of Polish and Cuban descent, to be precise) Yvonne Sanchez has been a rising jazz singer since she started her career as a percussionist under national names like Jozef Skrzek. However, her start was not what she expected. Sanchez moved to Germany shortly after. She eventually found her way back into performance, this time in Prague and as a singer. In 1995, she gave her first performance. This was the beginning of a career that would quickly blossom. By 1998, Sanchez had won the Vocalist of Year award. In 2001, Sanchez released her first album, “Invitation”, which extended her jazz roots and included elements of Latin music bossa nova, bossa nova, as well as samba. It was well-received and nominated for a Czech Grammy Award. Her second album, My Garden, which is more jazz-oriented, was released by Chris True, Rovi in 2008.