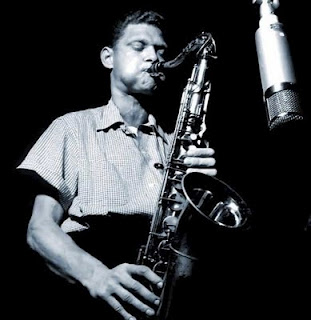 John Haley “Zoot” Sims was an American jazz saxophonist. He lived from October 29, 1925 to March 23, 1985. Inglewood, California was where he was born. Sims’ family was involved with vaudeville and John began playing clarinet and drums at an early age. Zoot’s father, a vaudeville hoofer himself, was Zoot’s mentor. Zoot took pride in remembering many of his father’s steps. Sims followed Lester Young’s footsteps and became an innovative tenor-saxophonist. He played in many acclaimed bands throughout his career, including Artie Shaw’s, Woody Herman’s, Stan Kenton and Buddy Rich. His peers considered him one of the best swingers in the industry. Sims was a frequent leader of his own combos. He also toured with Gerry Mulligan’s sextet and, later, with his Concert Jazz Band. Zoot enjoyed a long and successful partnership with Al Cohn as the co-leader of a quintet that recorded under “Al and Zoot”. This group was a favourite at “The Half Note” in New York. Sims began to add the soprano Saxophone to his performances late in his career. Sims’ nickname, Zoot, was earned early in his career when he was a member of the Kenny Baker band. Later, the name was used to create a sax-playing Muppet. Zoot Sims was killed in New York City on March 23, 1985. Text contributed by users is available under Creative Commons By–SA License. It may also be available under GNU FDL.